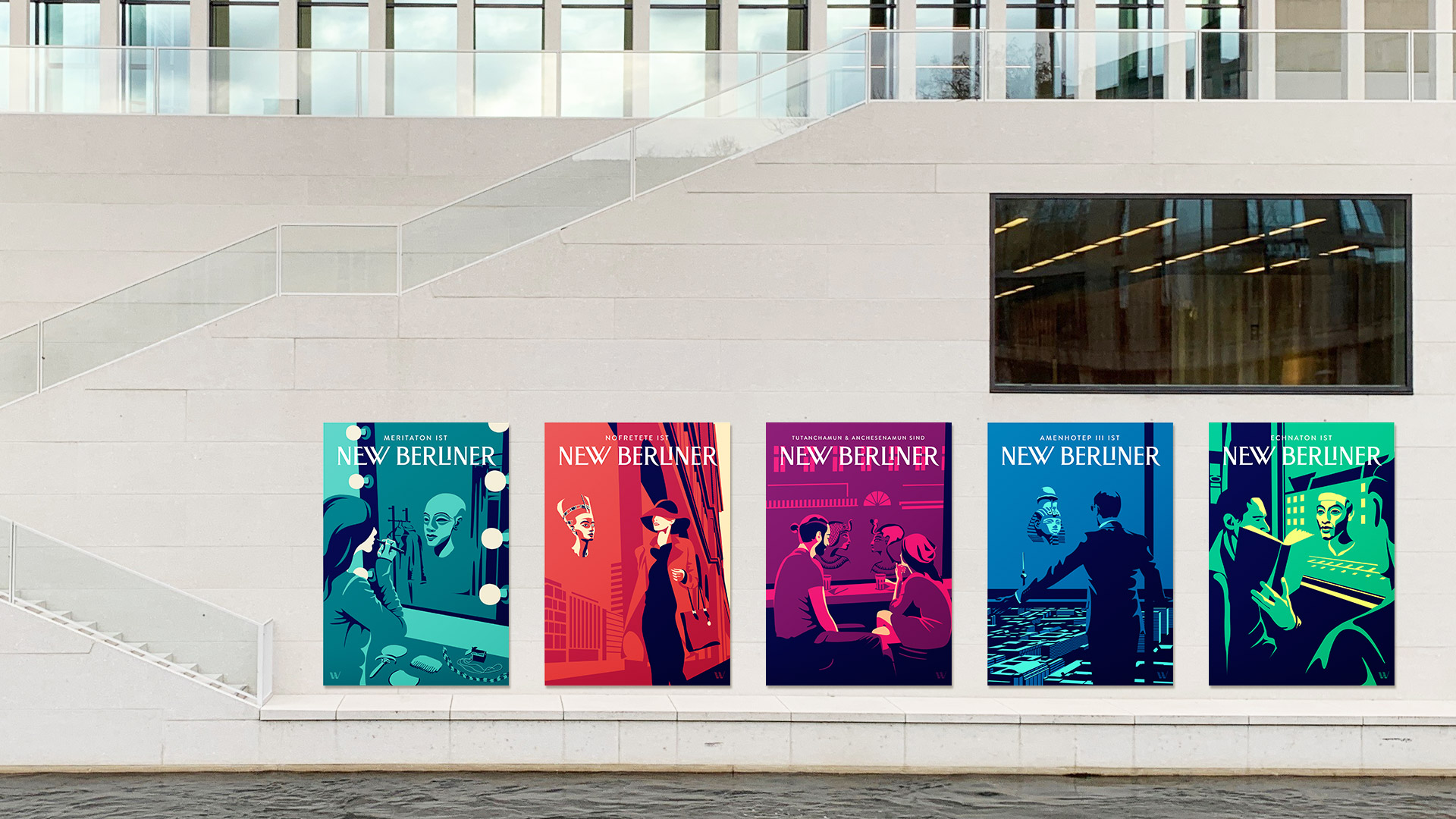 For a long time I’ve been dealing with the idea of inspiring the young generation with history and especially of bringing them into the fascinating world of my true passion – Ancient Egypt.
By creating this poster series I flipped this idea around and brought the pharaohs and queens of the Amarna Period into the modern world. 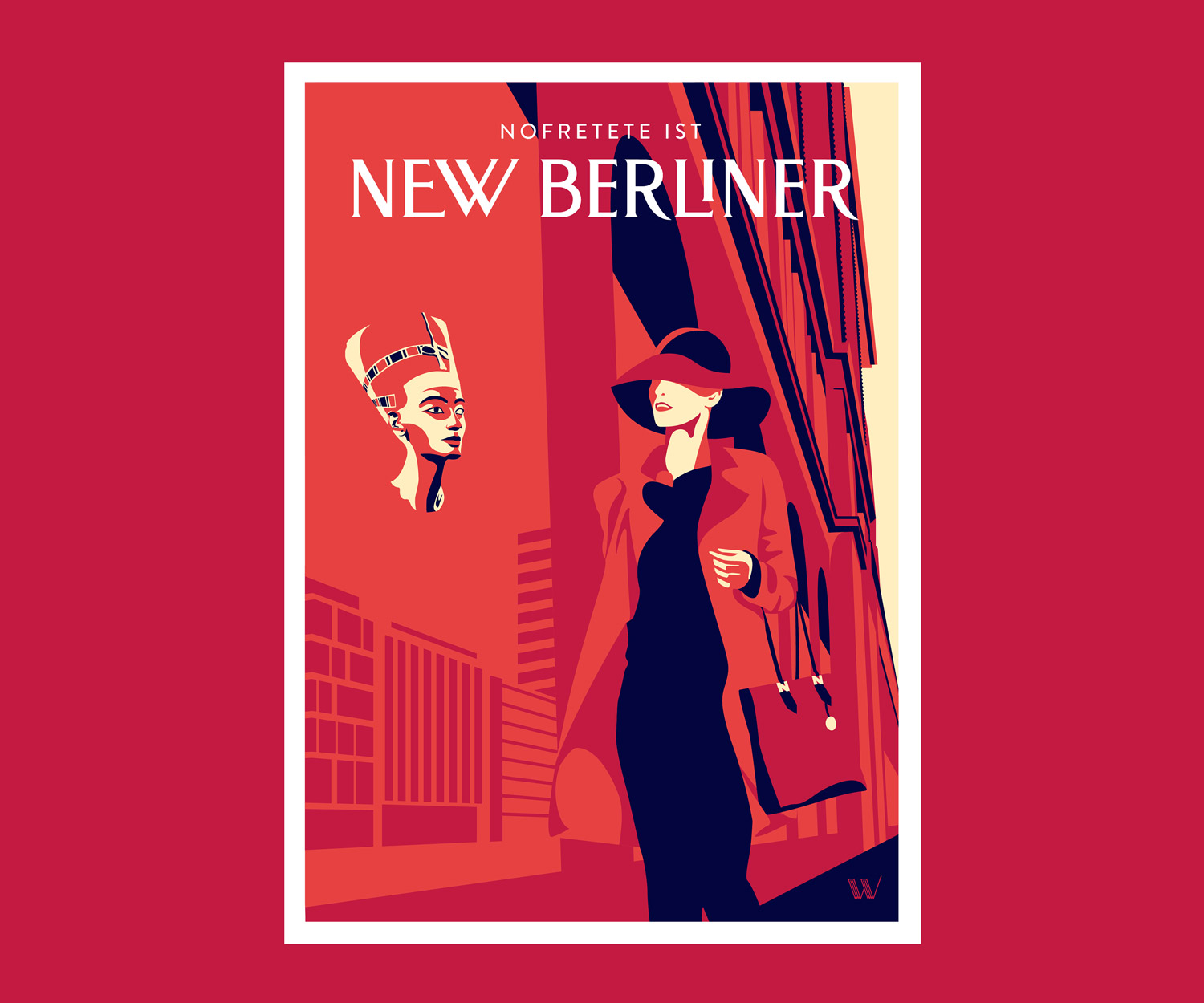 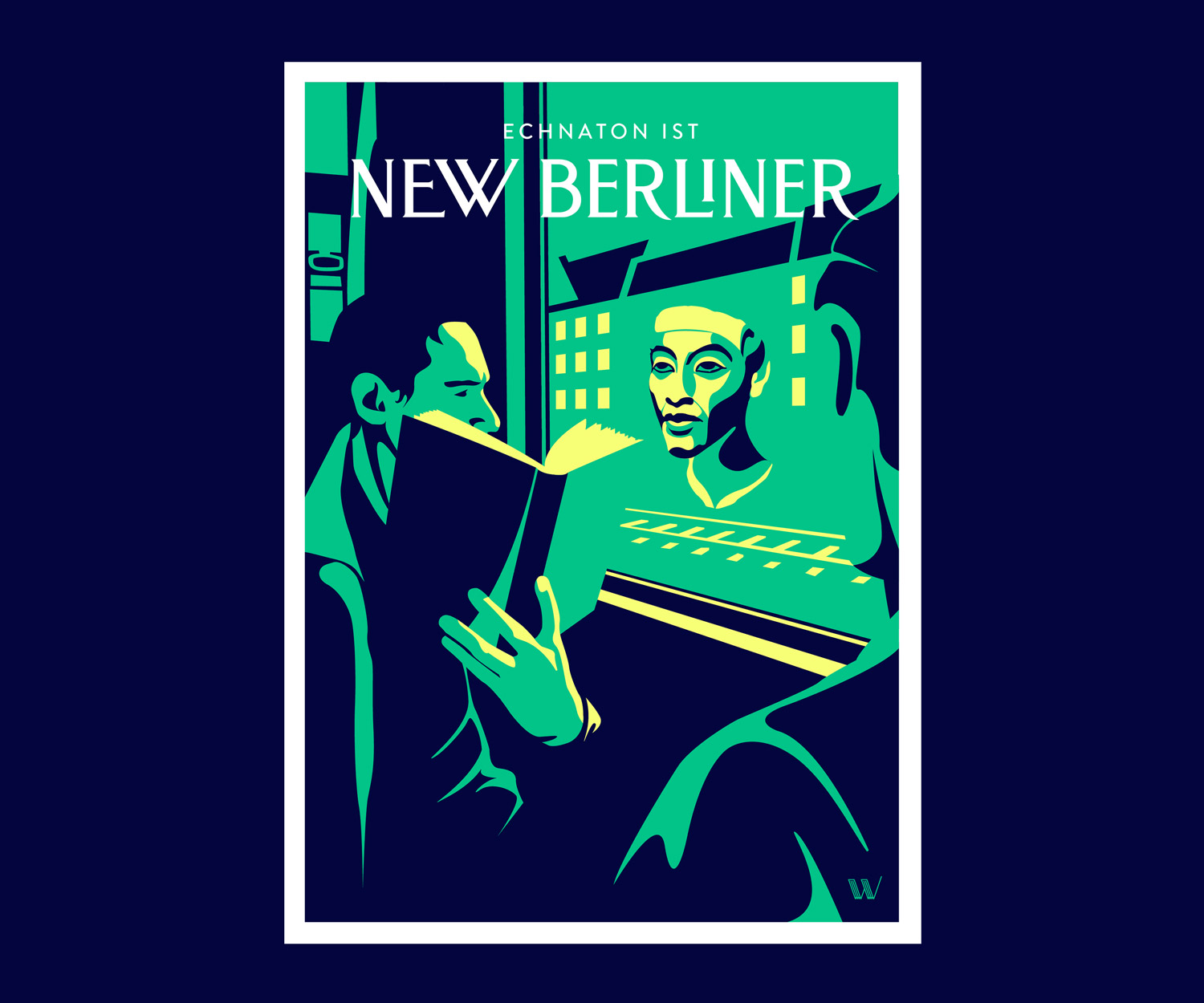 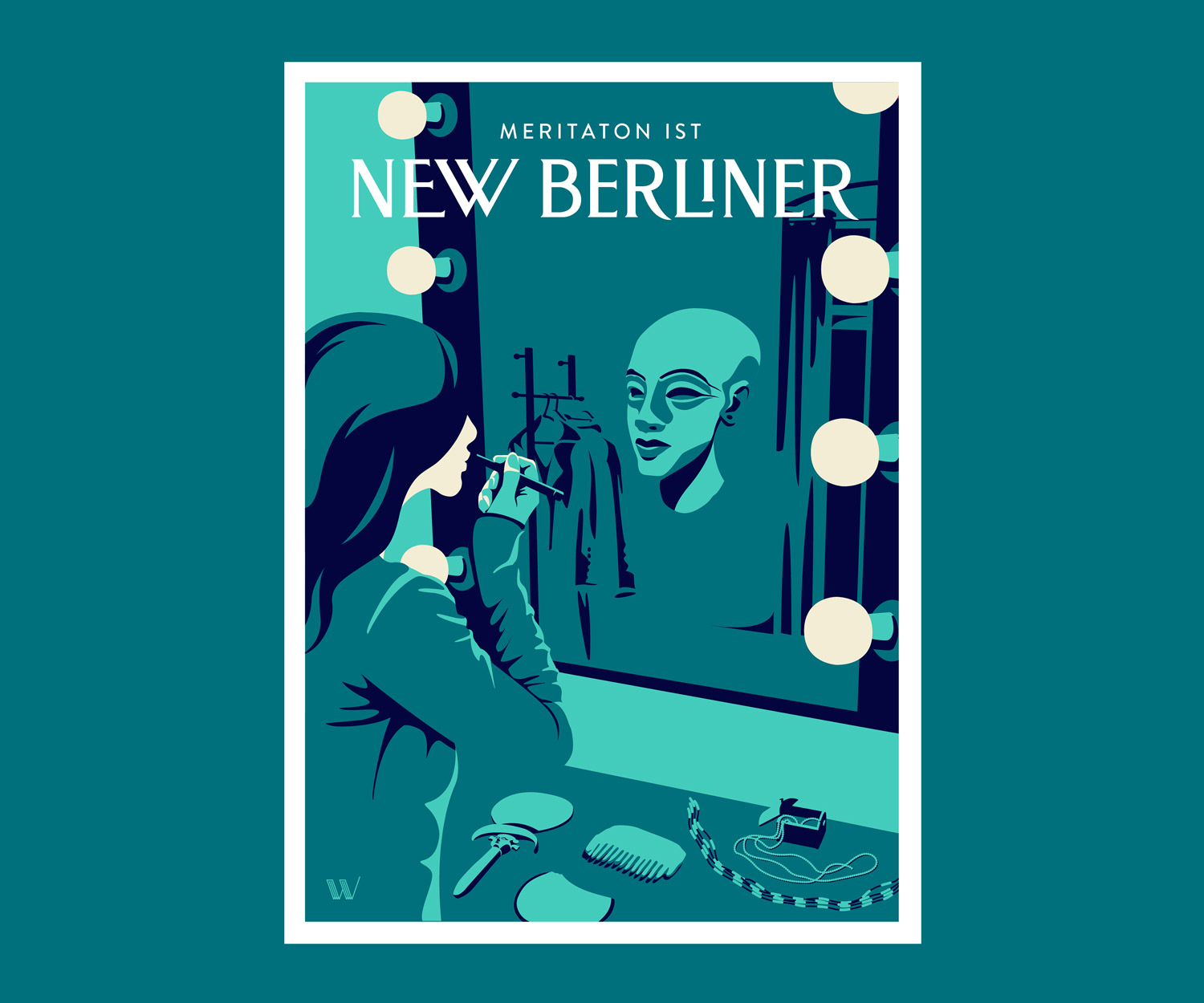 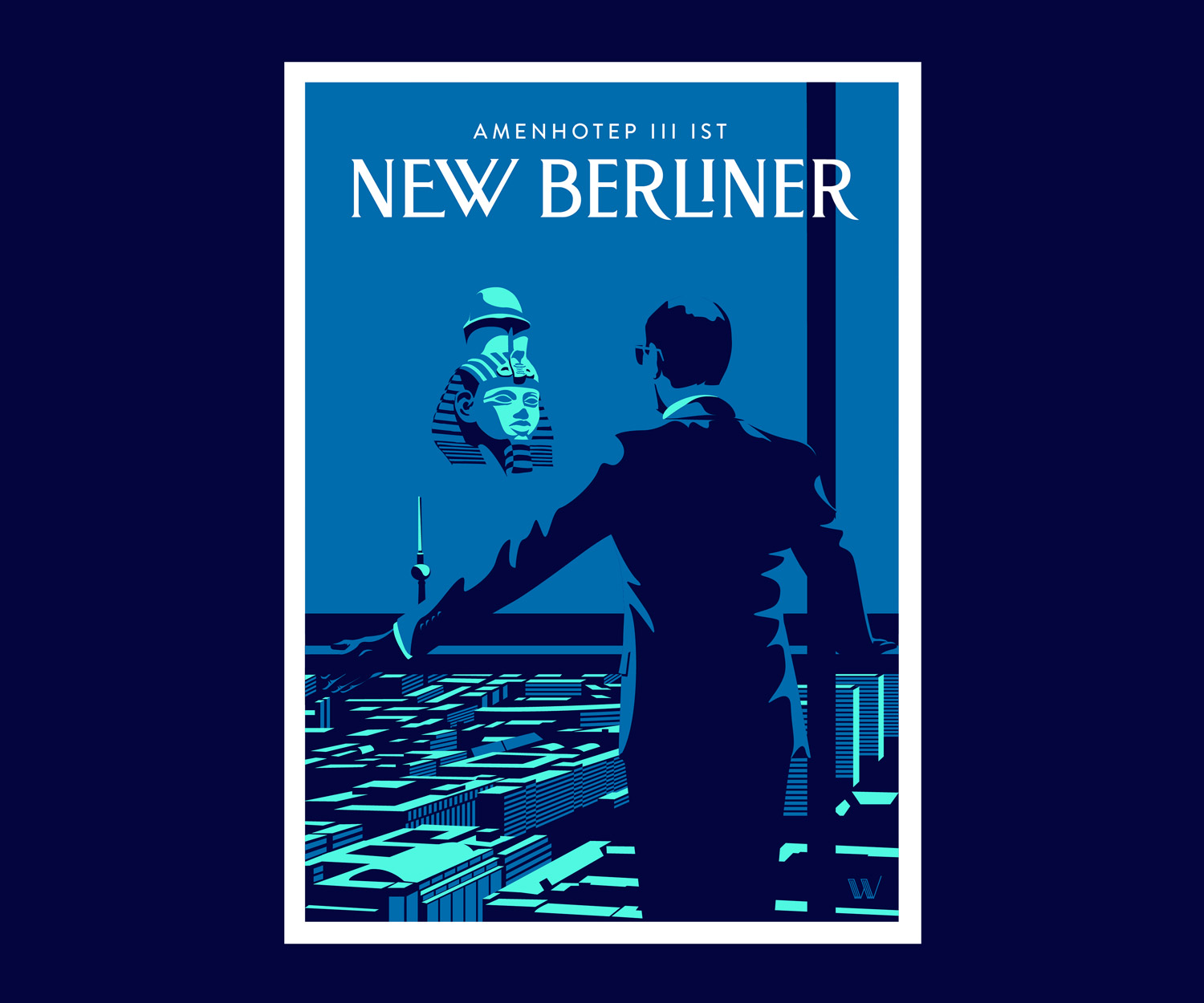 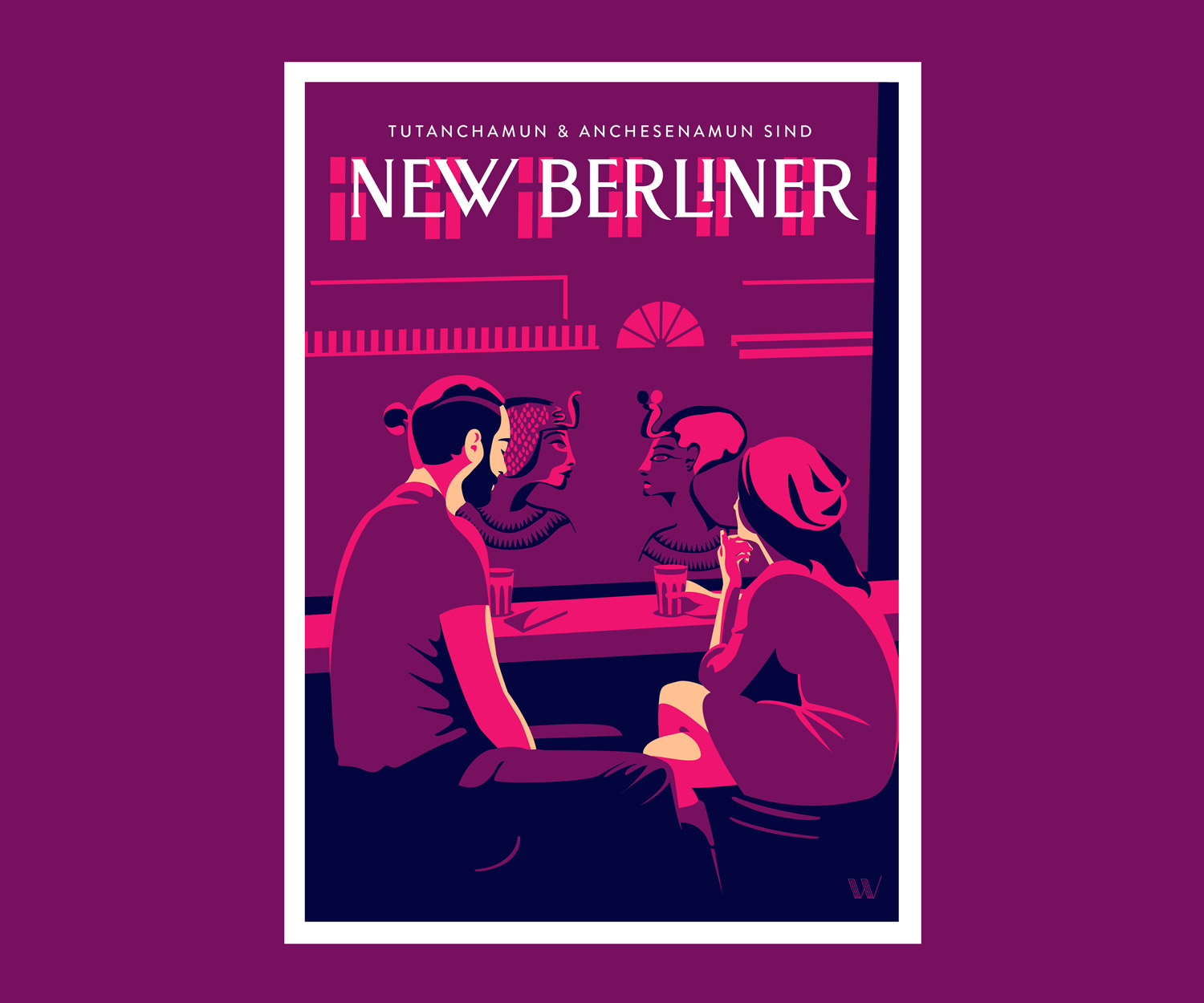 Nefertiti, Echnaton, Tutankhamun, Ankhesenamun, Amenhotep III and Meritaton – Why choosing this remarkable family over many others for the Egyptian project?

On the one side, the Amarna Period was a special moment in history: the first example of monotheism was rewriting spiritual canons in Egypt, unconventional decisions were changing political and social landscape of the country.
On the other, it was a significant change in ancient Egyptian art: sculptures and murals have a unique imperfect look, dynamic informal scenes, curvy lines, love to details…
And what museum works for the series better than Neues Museum in Berlin. With its huge collection of that period it became the source for the portraits of the pharaohs and queens.
Strong contrasts and reduced forms create a modern imagery that becomes a colorful stage for our time travelers. Each scene has a particular connection to the history itself: the differences of ambitions between Echnaton and his father or strong and powerful appearance of Nefertiti – I tried to show real people behind the famous names. 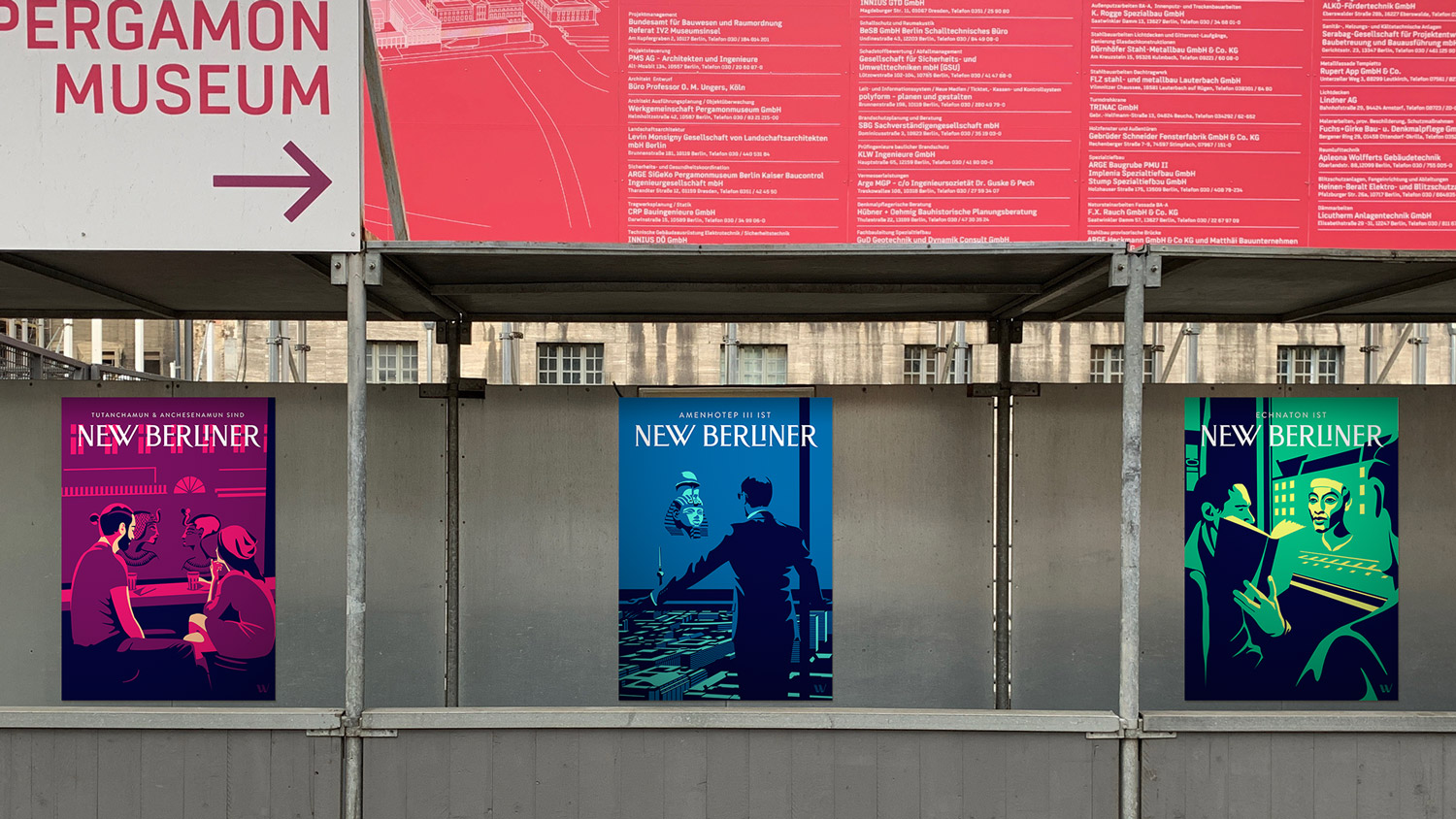 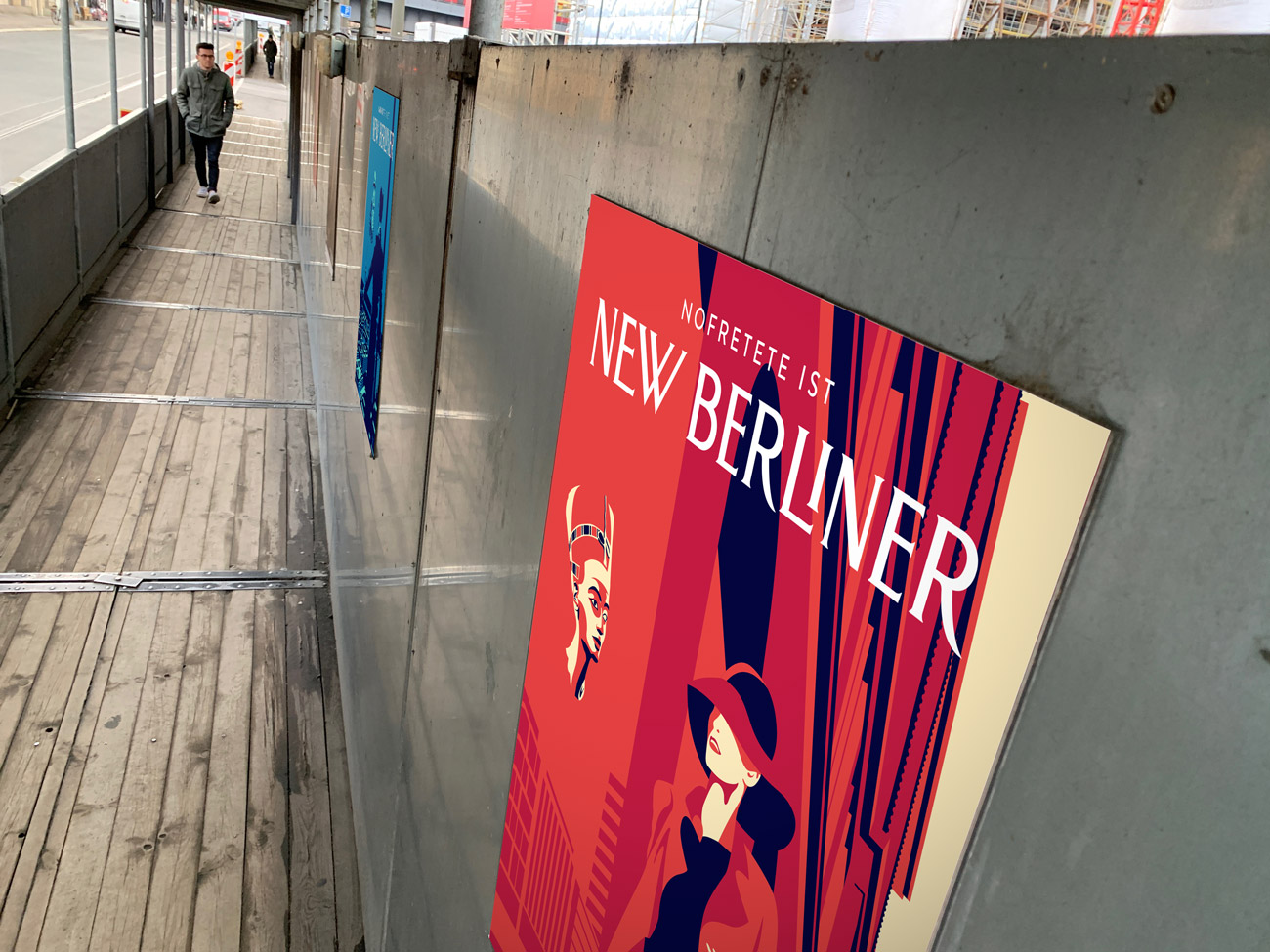 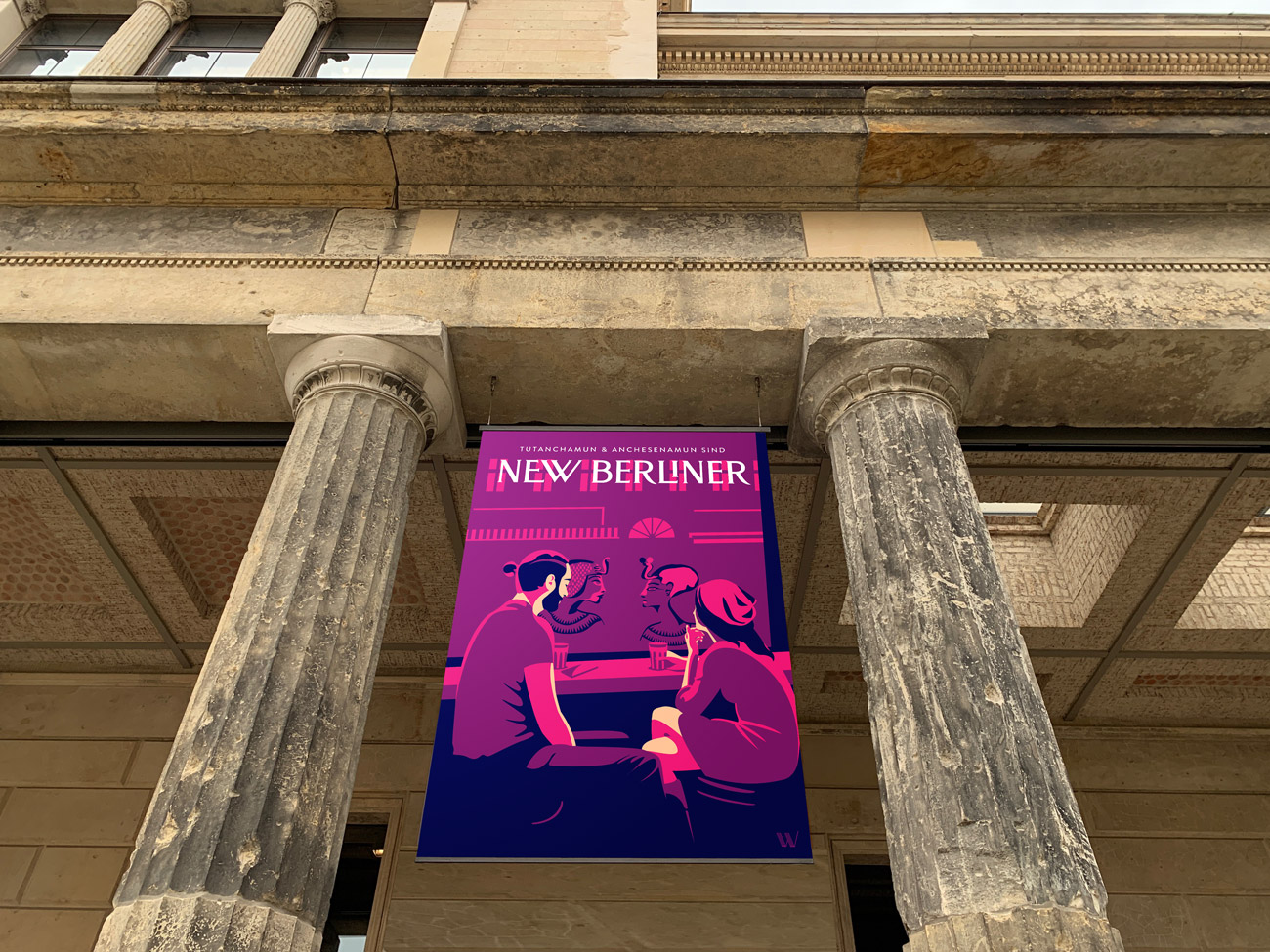 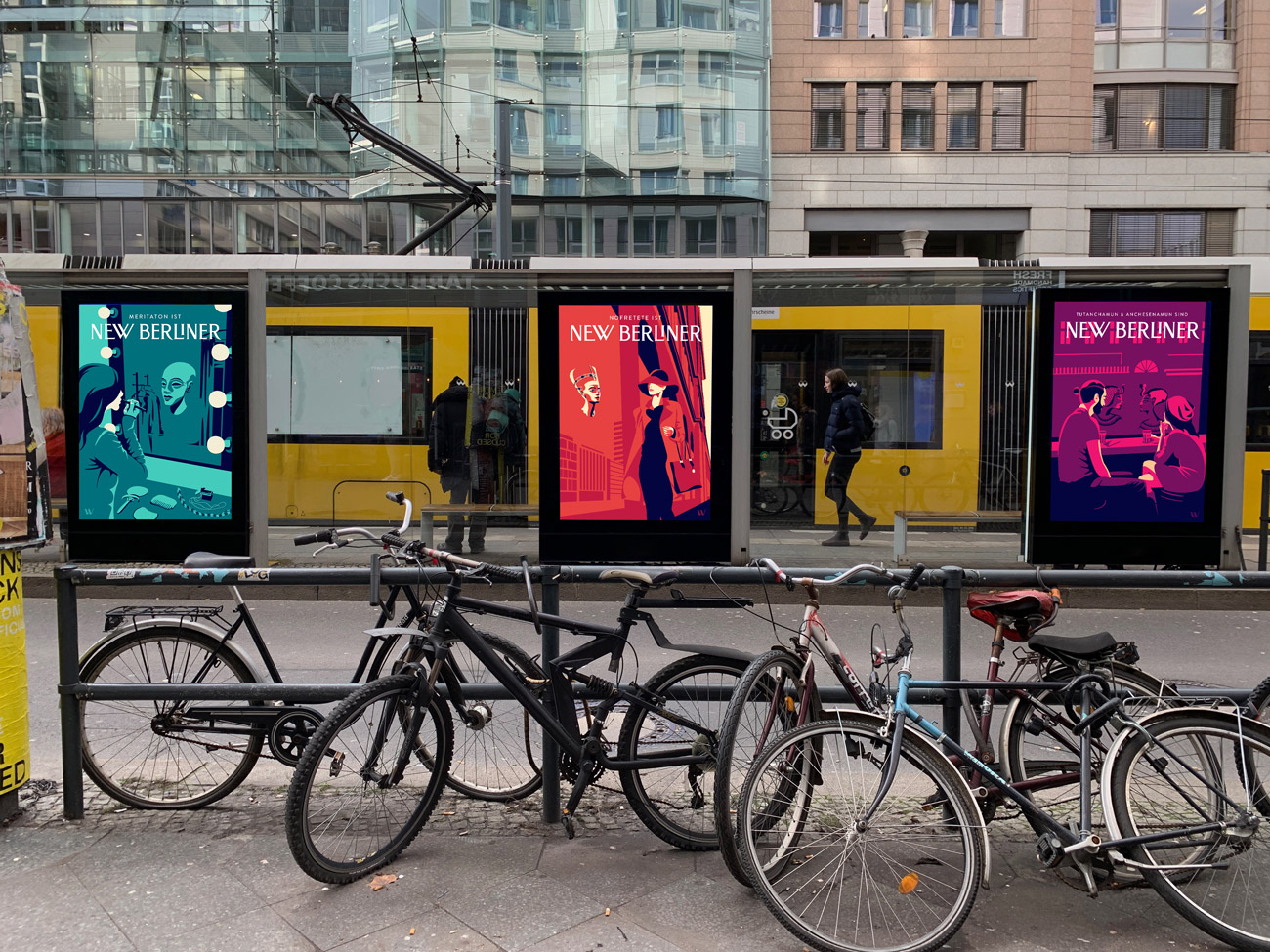 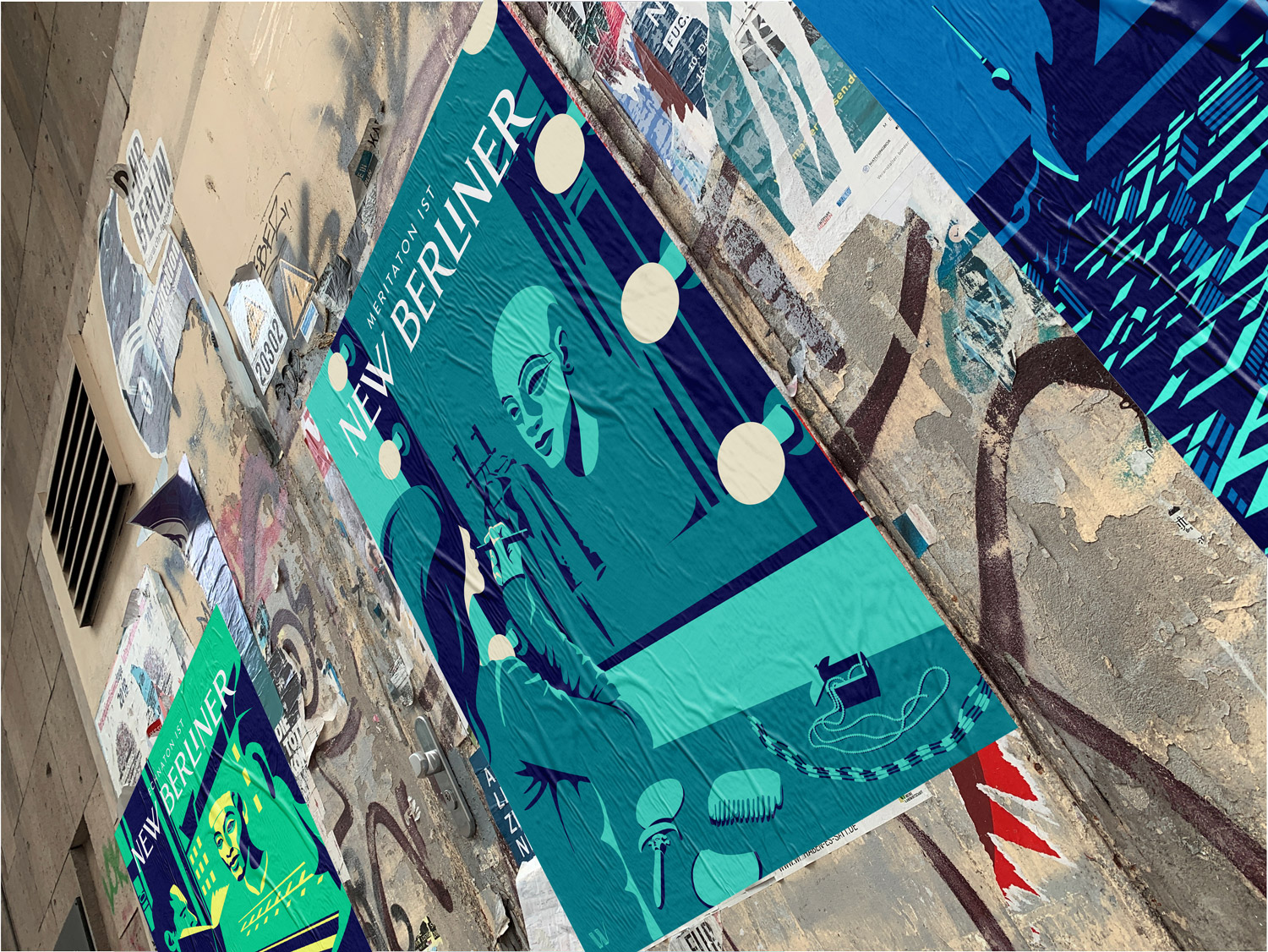 Although Amarna rulers come from a completely different era, they stand for values that reflect Berlin of today: the courage to go your own way, to try out new things, to question the status quo. People like us: New Berliner.